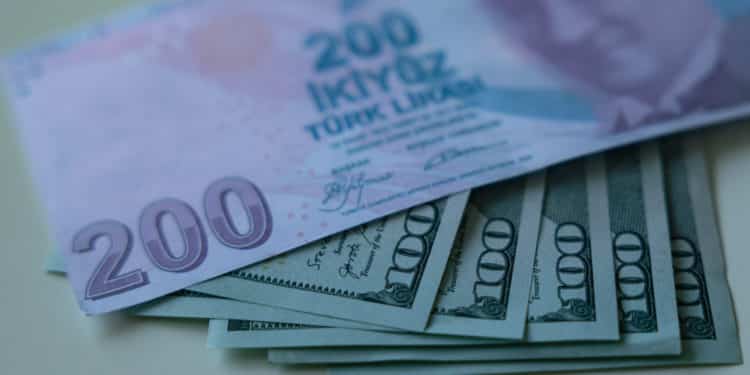 The USDTRY price bullish momentum continued on Monday morning as the Turkish lira meltdown accelerated. The pair rose to a high of 16.80, which is about 120% above where it started the year. It has risen by almost 400% in the past five years.

The ongoing bullish momentum of the USDTRY happened continued after the Central Bank of the Republic of Turkey (CBRT) delivered its interest rate decision on Thursday last week. As was widely expected, the CBRT decided to slash interest rates by about 100 basis points to the current 14.0%. This is significantly below its year-to-date high of 20%.

The CBRT has adopted a relatively unorthodox monetary stance in the past few months. It has slashed interest rates by about 600 basis points even as the country’s inflation has worsened. Recent data by the country’s statistics agency showed that the headline consumer price index (CPI) rose to about 21% in November. An unofficial inflation calculation placed the CPI at about 58%.

The rising Turkish inflation is understandable since the currency has crashed by more than 120% this year. For example, Turkey is an importer of oil, which is traded in dollars. Therefore, the crash of the Turkish lira has made importing oil and gas more expensive. This has happened at a time when the prices of oil and gas have jumped sharply.

The orthodox view of most central banks is that lower interest rates stimulate inflation. As a result, we have seen several other central banks turn hawkish in a bid to tame runaway inflation. For example, last week, the Bank of England (BOE) and Norges Bank decided to hike rates by about 0.25%.

The USDTRY rose as investors downplayed the recent interventions by the Turkish president. In a statement, he said that the government would increase the minimum wage by about 50%. While this is a good move, the reality is that the rising wages amount to nothing, considering that the country’s currency has lost its value recently.

Sadly, the CBRT is expected to maintain rates as they are for a while, considering that Erdogan is vying for the presidency in the coming year. He has already pledged that interest rates will remain this low for a while.

Still, there are several dangers for the Turkish economy. The most important is that the weakening of the Turkish lira makes it expensive for the country to service its foreign debt. Indeed, recently Fitch Ratings downgraded the country’s debt rating to negative from stable.

Meanwhile, the USDTRY is also rising because of the hawkish Federal Reserve. Last week, the Federal Reserve decided to leave interest rates and then double the size of its tapering to about $30 billion. This trend means that the bank will conclude its quantitative easing program in March next year. It also hinted that it will implement about four interest rate hikes in 2022.

Therefore, the Turkish lira has weakened because the CBRT and the Fed are moving in the opposite direction.

The weekly chart shows that the USDTRY pair has surged in the past eight straight months. This happened as the CBRT slashed interest rates even as inflation rose. The pair has surged above the short and long-term moving averages while oscillators have kept rising. Therefore, the path of the least resistance for the pair is in the upside as bulls target the resistance at 20.