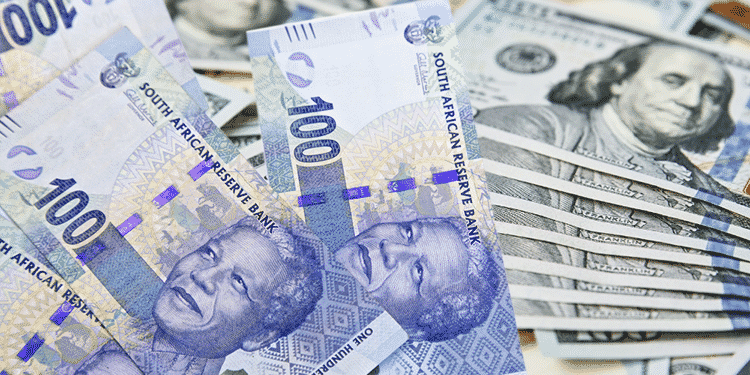 The USDZAR price has risen sharply in the past four consecutive days as investors embrace a risk-on approach after the recent data on Omicron. The pair is trading at 15.54, which is about 5% below the highest level this month. It is trading at the lowest level since November 18th.

The USDZAR pair to the year-to-date high of 16.50 in November this year. This happened as investors dumped the South African rand for the safety of the US dollar as fears of the Omicron variant rose. It was understandable since South Africa was the epicenter of this new variant.

Recent data have shown that the Omicron fears were not warranted. While the variant is spreading faster than its predecessors, its dangers are significantly lower.

A report from South Africa showed that the symptoms of the variant are relatively mild especially among the vaccinated. Other reports from countries like the UK and US have confirmed this.

As such, the USDZAR price has retreated as investors price in a more robust recovery of the South African economy. It has also dropped as investors embrace risk towards the end of the year.

The USDZAR price has also retreated as investors price in more hawkish statements from the Federal Reserve and the South African Reserve Bank (SARB).

In the US, the Fed has hinted that it will end its quantitative easing policies in March next year. It has already doubled the size of its tapering of asset purchases to about $30 billion. The bank also plans to start hiking interest rates in 2021.

Like other emerging market central banks, SARB has also embraced a more hawkish tone as it seeks to trim inflation. Recent data showed that the country’s inflation surged to more than 5% in November.

SARB has already hiked interest rates this year. In its December meeting, the bank decided to hike rates by 25 basis points to 3.75%. Still, the bank has about 250 basis points hikes remaining to get to where they were before the pandemic began.

Rate hikes are usually welcome at a time when the economy is facing inflationary pressures. However, for emerging market economies, the challenge is that the Fed is also hiking. Since South Africa has a huge dollar debt, there are concerns about outflows to fund it.

This week, the USDZAR volumes will be relatively limited as more traders are expected to keep away from the market. Still, at times, the last week of the year tends to have significant volatility caused by low-volume traders. Some of the top economic data to watch will be the US pending home sales data and initial jobless claims.

The four-hour chart shows that the USDZAR formed a double-top pattern at about 16.25 in December. In technical analysis, this pattern is usually a bearish sign. Its chin was at 15.67. The pair has managed to move below the 25-day and 50-day moving averages while the Relative Strength Index (RSI) has declined.

Therefore, there is a likelihood that the pair will keep falling as bears target the key support at 15.0, which is about 3% below the current level.