How Bollinger Bands are used in Forex Trading

by Richard Brase
in Technical Analysis
0 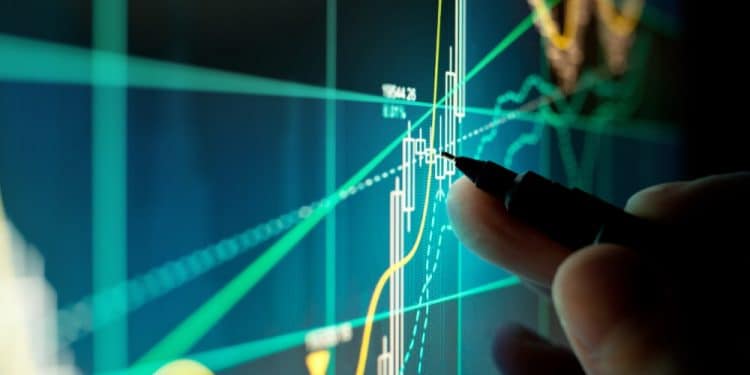 Bollinger Bands are a popularly used tool for technical analysts and traders alike, in multiple markets including forex. Since forex traders tend to look for incremental moves to profit, recognizing trends and volatility is crucial. Bollinger Bands help traders to find changes in volatility.

In the forex market, Bollinger bands are an on-chart volatility indicator, consisting of upper and lower bands. These bands react to changes in volatility and are wrapped around the price section in both the upper and lower extremes. The distance between the two bands increases when the volatility of a given currency pair is high. The distance between them decreases when the volatility of a given pair is low. The simple moving average which is of a standard 20 periods can be used to set exit and entry points in trades.

When calculating the Bollinger Bands, the three lines, upper, lower and middle have to be considered.

How to Use Bollinger Bands

Apart from being a volatility indicator, Bollinger Bands are quite useful when it comes to discovering support and resistance areas. Here, the double Bollinger bands show the upper and lower bands are selected rather than the centerline for this purpose. There are several signals generated by the Bollinger Band, which is discussed in brief below.

1. When price touches the Lower or Upper Band:

When the price touches the lower band, it indicates that the price is relatively low or is oversold in case of volatility. A long trading opportunity could thus arise due to a bullish bounce. On the other hand, if the price starts falling quickly at the lower band level, with the distance increasing between the two bands, traders should be skeptical of entering into a long trade.

Consequently, in the case of the price touching the upper band, traders might consider the upper band as a hidden resistance level based on volatility reading. If the price starts closing above the upper hand, candle after candle, a bullish expansion is expected.

A Bollinger band squeeze occurs when Bollinger bands come close to each other, signifying that the volatility of a particular forex pair is low. Trading volumes remain comparatively low, with the pair is said to be ranging, rather than trending. In such cases, Traders are advised to avoid trading in very tight price ranges, as they provide less profitable opportunities than during trends.

In the chart presented above, we see that the price breakout to the downside after the Bollinger bands squeeze, entering a sustained downtrend as a result. The squeeze is a sign that support in favor of the range-bound market would end soon, with the price is expected to enter into a new trend phase.

Are Bollinger Bands used in Forex?

Reading Volatility: Bollinger bands tend to converge on moving average, which indicates lower price volatility. These are called “squeezes”. It is ideal for spotting trend changes without even concentrating on political or national news that could affect a currency pair. For instance, the USD/JPY pair experienced a squeeze as of 3.10.2014 as a result of news that the Bank of Japan had increased its stimulus bond-buying policy.

There are different ways in which Bollinger Bands could be used in the Forex market, including several strategies. These are all profitable trading strategies in theory, but still, require much education and trading discipline for traders to be successful.

How to Use Parabolic SAR for Profitable Trades

How to Use Technical Analysis for Forex Forecasting