How Can You Lower Your Trading Risk by Using the Head and Shoulders Pattern? 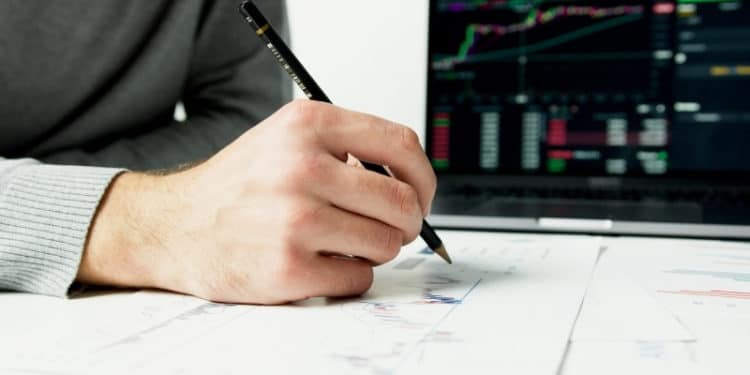 Consistent and fail-proof trading methods are vital for reaping big rewards. Such approaches help you get past the loopholes that many easily fall into due to a lack of sufficient knowledge on the formations and price movements. The head and shoulders formation is one such sign that a trader can exploit to his or her advantage effectively. Let us explore this formation in all aspects here.

What is head and shoulders pattern?

A chart formation that comprises two shoulders and a single head is bestowed with the name ‘head and shoulders’(H&S). It signifies a reversal formation and deploys bearish or bullish forms constructed on the past trend and its characteristics. The formation materializes in the wake of ascending impetus.

An illustration is depicted in the image here:

The H&S formation occurs in the wake of a prominent uptrend. With the price surge, selling pressure occurs. While some investors cash out, others wait for a further upsurge. This results in the initial shoulder (left) leaving behind victorious bulls. But this is temporary.

In the event of growth reaching its crest, bears predominate, forcing bulls to sell, resulting in a drop in rates. In the absence of sufficient buying factors, sellers find that they are in a precarious position. Thus, reversal sets in, sparking a sell-off. Bulls who had bought late earlier in the left shoulder region capitulate here.

What is the inverted head and shoulders pattern?

As the term ‘inverted’ implies, this is just an upside-down form of the original shape. As an alternative to peaks, valleys are cut for the formation. The uppermost point arranges into the bottommost of the three, as in the image below.

In contrast to the original formation, in this inverted arrangement, the entry is positioned long over the neckline. A target is evaluated as in the earlier formation. The price movement is spotted by the length measured subsequent to its movement beyond the neckline.

Head and shoulders patterns in forex

Utilizing the formation in Forex requires special attention to certain factors. Firstly, ensure the shape is fully formed prior to the trade beginning. In case you fail to do so, such as when the formation has not occurred fully or is only half-finished, it may not progress further.

Pause for it to go beyond the neckline. For the original formation, the suitable tactic is when the rate momentum is below the neckline. Moreover, the change should be above in the wake of the right shoulder for the inverted form.

You can ensure a correct approach by adhering to certain steps, which are:

A frequently employed portal is next to a neckline breakout. One additional technique is to pause for a pullback to occur at the neckline consequent to a breakout. Patience is vital while utilizing the portal of this category, and further, it is possible to miss it easily.

The latter approach is conventional as a delay transpires until the breakout resumes. And, missing it is possible if the rate momentum occurs towards breakout direction.

For stop-loss point placement, two methods are possible. One method is to do it subsequent to the uppermost spot of the formation. The characteristic point is, however, at the spot beyond the right-side shoulder, as depicted here.

The second method is sensible as if a breakout via the neckline misses the mark, there is a rebound of price, and it increases over the right shoulder ending in a flawed form. Such a spot entails low returns and a serious hazard.

To evaluate the conceivable yields, you should identify the length in relation to the crowning point of the formation and the formation’s neckline. Now, remove this length from the neckline.

If the breakout is near the neckline, a short entry is done under low-risk with the conservative approach. The outcome is a minimal return due to similar returns and loss limit levels.

So, to see appreciable revenue, place stops over the topmost point of the right shoulder, provided the revenue mark is evaluated from the neckline to the head. Take note of the presence of influencing factors, like moving averages and prior support levels prior to starting.

Pros and Cons of the head and shoulders pattern

The benefits offered by the head and shoulders formation serve as a big advantage for traders, which is additionally reinforced by the minimal risk involved. Nevertheless, you cannot consider it as a complete fail-proof formation.

Practicing a few other validation steps, like tracking the volume, neckline slope, and using technical limits, will help you in accomplishing your trading objective. Using smart approaches with proper reference to tried and tested tools will always yield the best outcomes in Forex.

Ways to Escape Analysis-Paralysis in Trading