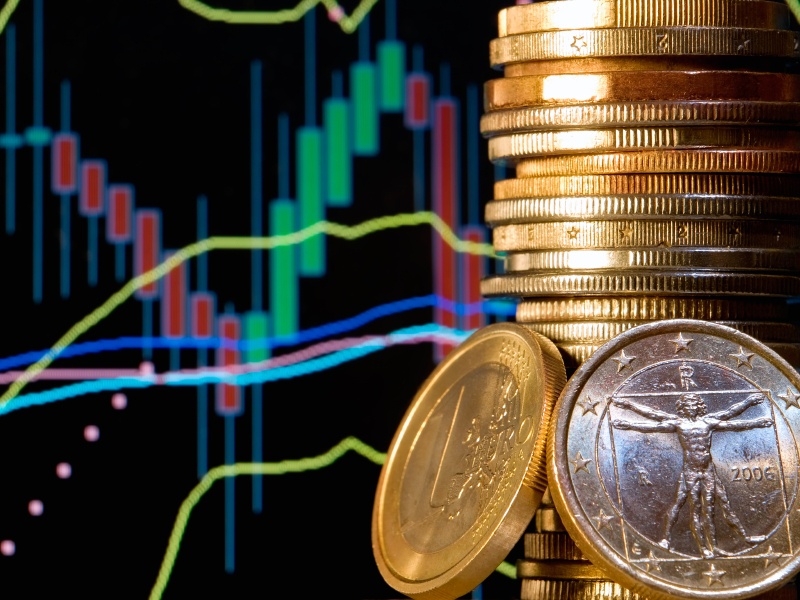 Conceptual view of the foreign exchange market known as forex.

Japanese candlesticks are developed with 4 price data derived from the market. These data are the open, high, low and close price. 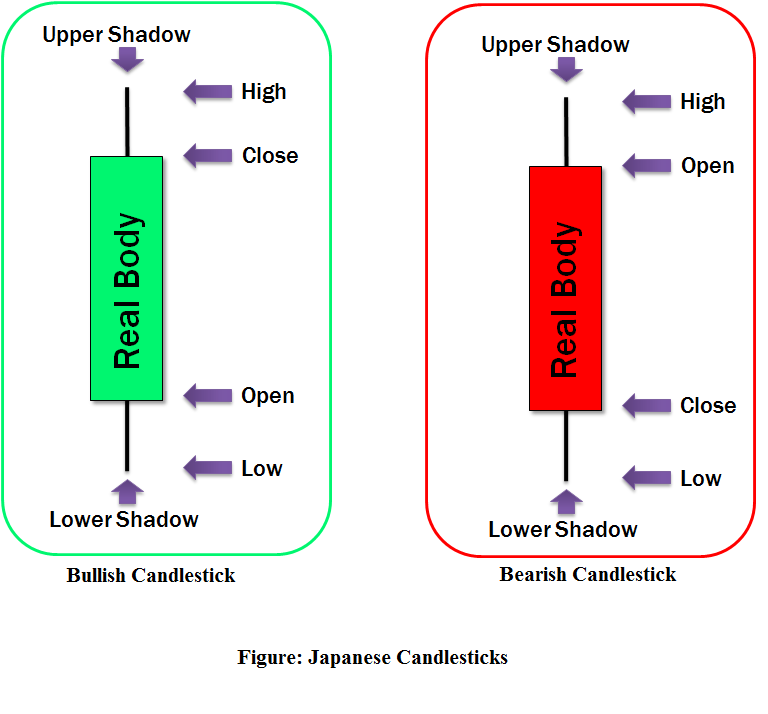 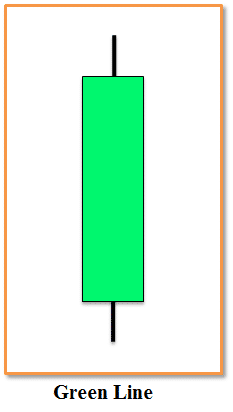 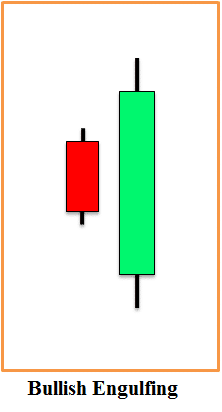 Piercing is another bullish candlestick pattern. This pattern is developed with two candlesticks; the first one is long bearish candle indication a weakness. The second candle opens lower than the low point of the first candle but closes more than halfway above the first candle’s real body.

This second candle indicates a heavy buying pressure which has recovered the selling pressure of the previous candle. 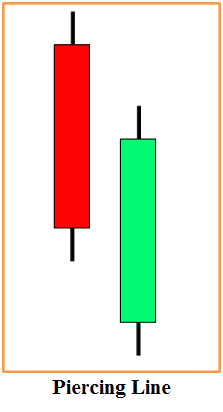 The second candle gaps down from the first candle and it remains bullish or bearish in the end. This second candle indicates that the selling pressure has become weaker. The third candlestick is a long bullish candle which indicates the strength has returned to a strong buying pressure. 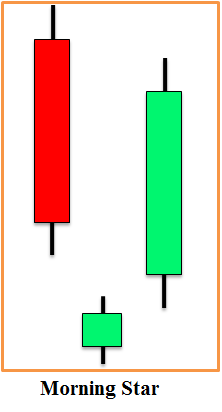 Hammer is a bullish candlestick pattern which detects the bullish reversals as it is found in the end of the downtrend. Hammer has a small real body at the top of the candle and a long shadow in the lower part. This indicates that the buyers were so strong that they recovered the selling pressure nicely.

This hammer candle is very effective when found after a short retracement in a major trend. Hammer can be bullish or bearish in its formation. A bearish or red colored hammer also indicates strength but a green or bullish hammer indicates more strength and more possibility to reverse into an uptrend.

Inverted hammer is the upside down version of hammer candlestick pattern. It is also a bullish reversal candle which has a small real body in the lower part of the candle. It has a long shadow in the upper part. It is found in a downtrend and represents a possibility of bullish reversal. This pattern’s reliability is strong like a hammer as the long upper shadow indicates a failure to recover the selling pressure. Like the hammer, this pattern can be either bullish or bearish due to its formation. 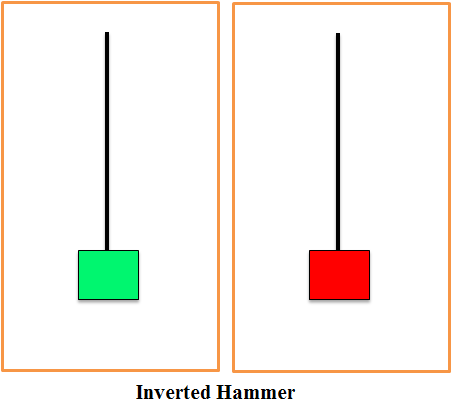 Bearish patterns indicate bearishness. Traders can use these bearish signals for an exit strategy or taking short positions. Some of the key bearish candlestick patterns are described below, 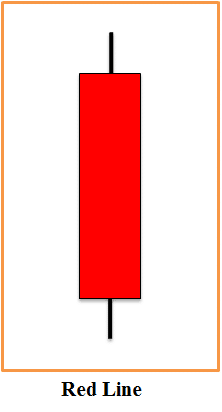 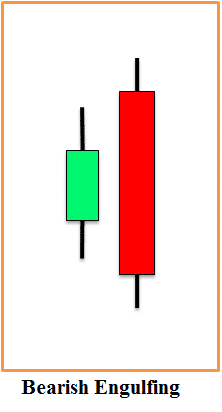 This is the opposite candlestick pattern of the morning star. It is a bearish reversal pattern which found in an uptrend, and it indicates bearishness. This pattern develops with three different candlesticks.

The first candlestick of this pattern is a long bullish candle, the second one opens with a higher gap and forms a star. Then the third candle becomes a long bearish candle in case of the evening star candlestick pattern. This third candle confirms the strong sell pressure. 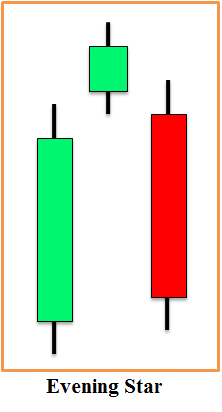 This pattern is a bearish reversal pattern which suggests a minor reversal in a bullish trend as it is found at the top of an uptrend. The long upper shadow indicates the strong sell pressure. 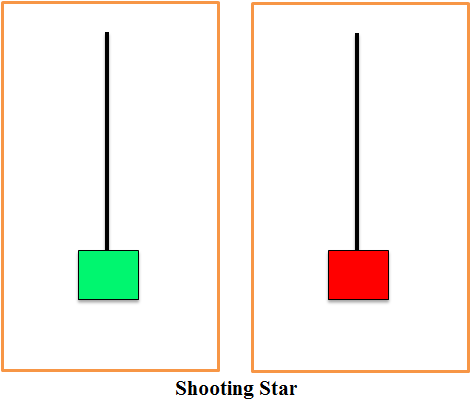 This candlestick pattern looks like hammer patterns, but unlike hammers, this pattern found in the end of an uptrend. The shape of hanging man is similar to hammer but found in different trend, and it has a bearish impact on the price.

The hanging man is a bearish reversal candle but its reliability is not as strong as a shooting star. However, a red colored or bearish hanging man has a greater impact on price than a green colored or bullish one. 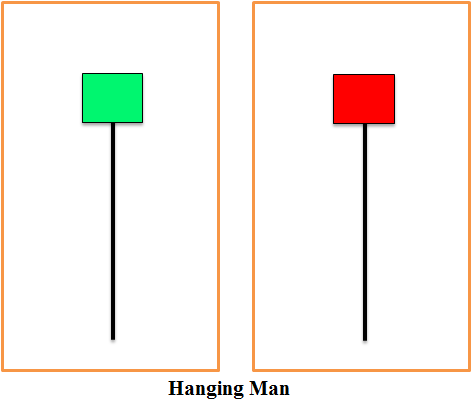 This candlestick pattern indicates indecision between buyer and seller. This is a neutral pattern which does not indicate any significant direction of price movement. At this situation, traders assume that price may go either way, so it is better to wait for the confirmation.

A doji candle forms when the open price is at the same point or price. This indicates that neither bull nor bear has won the fight. There are different types of doji candles as per formation of upper and lower shadow. All of them are neutral.

It is called long legged doji candle when the candle has long upper and lower shadow.

A dragonfly doji has long lower shadow and no or little upper shadow.

A gravestone doji candle has long upper shadow and no lower shadow as the open, low and close price is at a similar point or price. 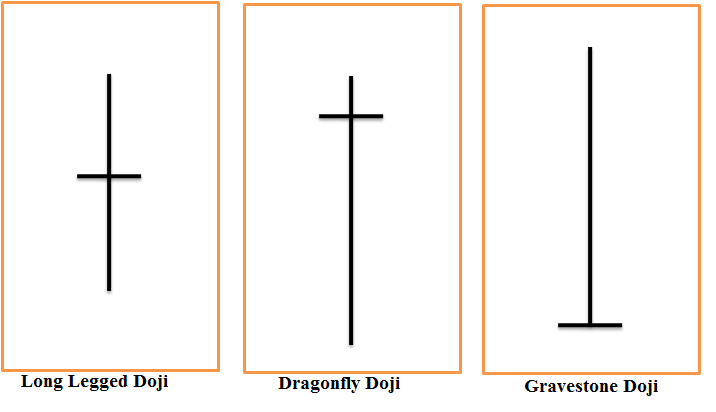 The effect of candlestick stays for a very short time, so it is hard to take decisions based on candlesticks only. Traders use other indicators with candlesticks to get a better result.