What is Support and Resistance and How To Use it Support and resistance can be used in 3 ways.

Here are some examples 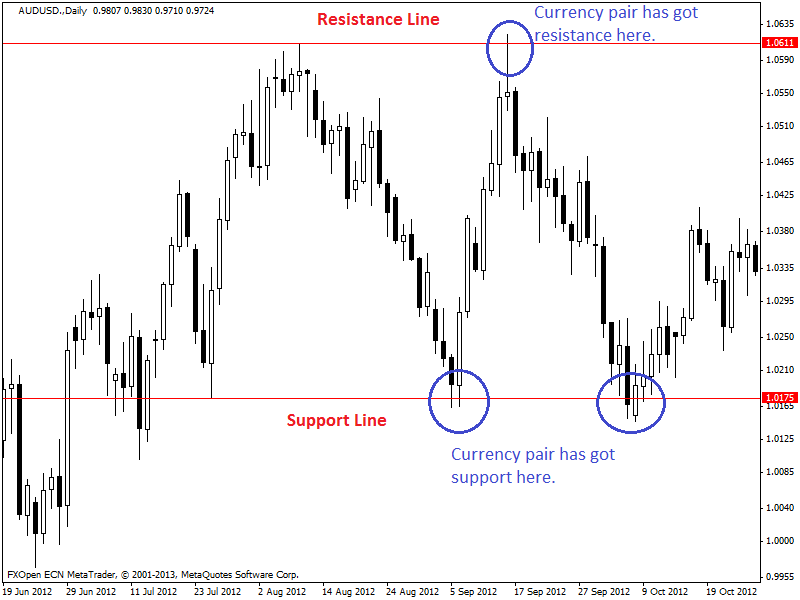 When price moves in between support and resistance line repeatedly then it is trading zone or flat zone where there is no significant trend.

This trading zone becomes more profitable for trading by using support and resistance lines when the trading zone or range is wide or broad. Breakout possibility is high when this trading range or zone is narrow. Here is an example.

These breakouts can be traded effectively and profitably. Breakouts are the strong signal of a major trend. When price or candlestick lies between support and resistance lines, then there is no trend lies there, or it is a trading zone or ranging zone.

As soon as price breaks out the resistance line, the currency pair moves into the uptrend or bullish trend and then price tends to remain in this uptrend for a prolonged time.

If price breaks down the support line then currency pair has moved into a downtrend or bearish trend and then price tends to remain in a downtrend for a prolonged period.

Here is an example of bullish breakout or resistance line breakout. 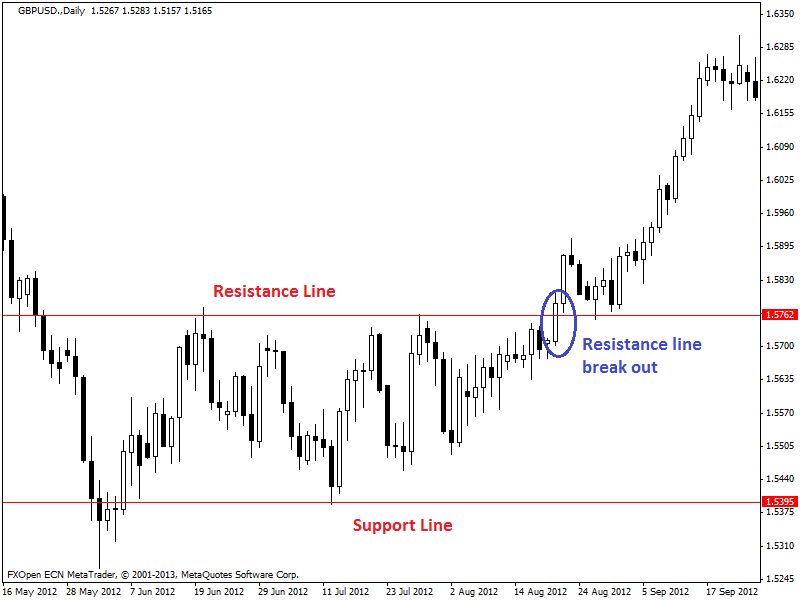 Now, let’s take a look at support line breakdown. Here is an example, 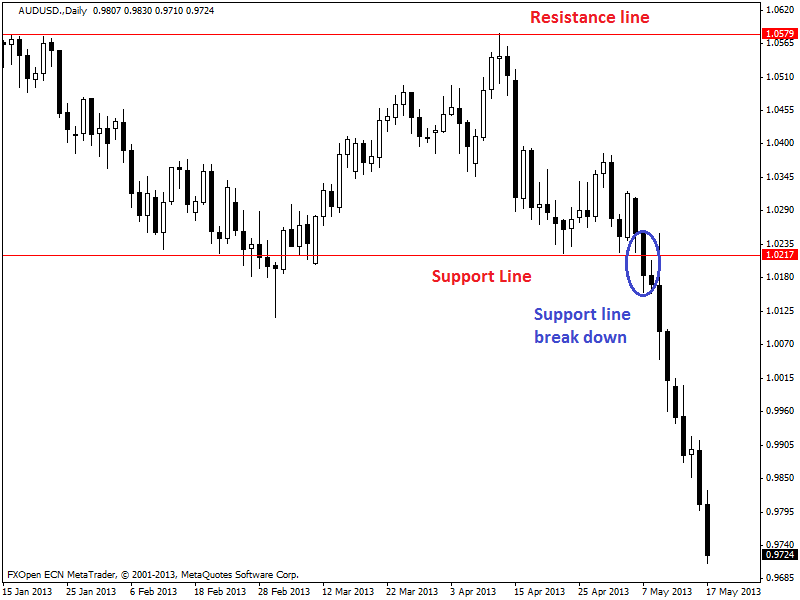 In the chart given above, we can see the support and resistance line and a breakdown of the support line (blue colored circle) in the daily chart of AUD/USD. This is an example of successful breakdown as the support line has broken down with a heavy bearish candle and thus the downtrend continued vigorously. 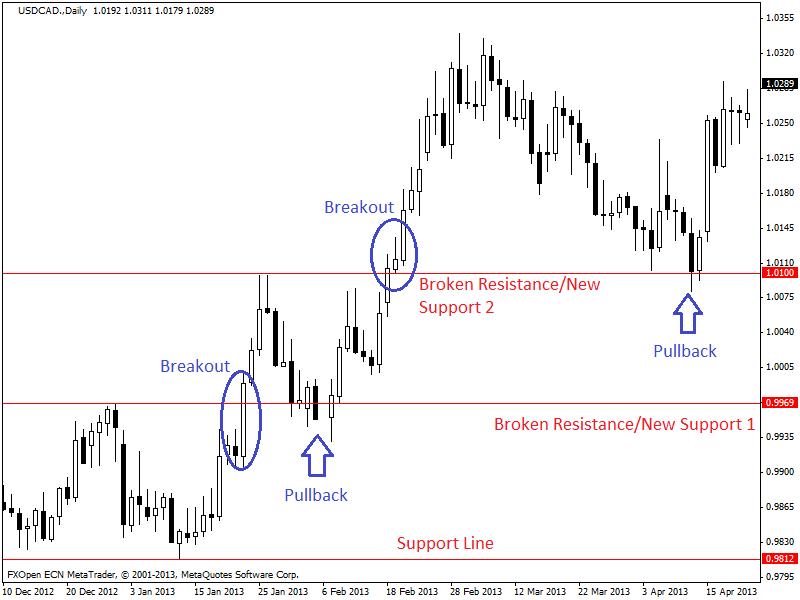 Another important thing is; after a breakout price has retraced back near or at the new support line. Then bounced back to its previous trend as it has got support/strength from the support line. There are two pullbacks shown in this chart.

Now let’s take a look at the example of a bearish pullback after a successful breakdown. 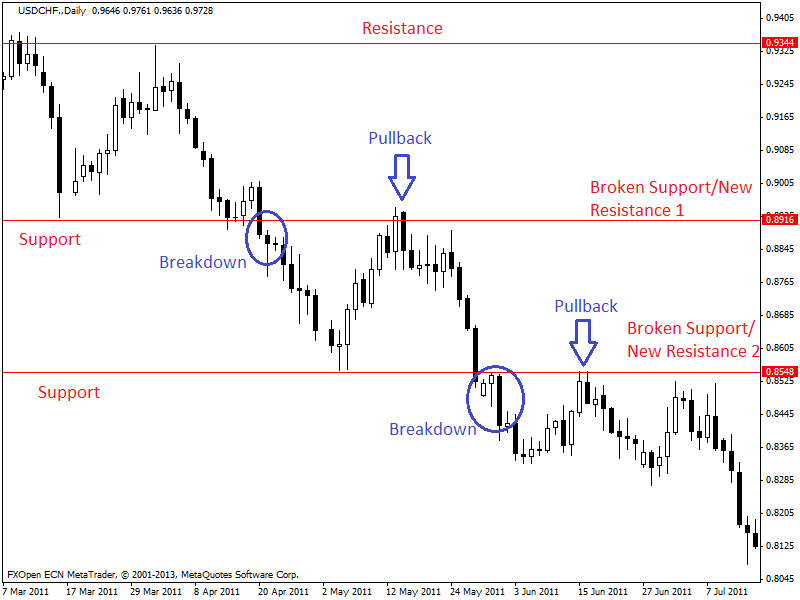 Another important thing is after a breakout price has retraced back near or at the new resistance line and then bounced back to its previous trend (Downtrend) as it has got resistance/binder from the resistance line. There are two pullbacks shown in this chart. Note:

Each three methods of using support and resistance line are effective and profitable. A trader should use it according to his own choice and should consider that the method he/she is using is suitable with his personality or not. For an example, you have to deal with price hike/high volatile condition and as per pullback method during breakouts. Most of the times price tend to retrace after a breakout or breakdown.

So breakout trading requires patience, and flexible stop loss/wide stop loss range otherwise it might not be profitable enough. Reversals are effective for short-term trading. Breakouts and pullbacks will work well in trending condition rather than range condition.

How to Draw Trend Lines While Trading Forex