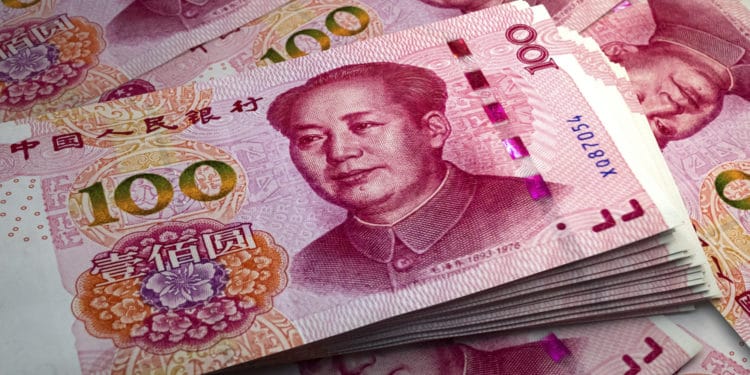 For any major economy, a large part of its growth comes from international trade. US internet companies earn significant revenues from large Asian consumer markets, while Asian economies grow from exporting their products and services to the west. When it comes to international trade, the foreign exchange rate is critical as every trade between two countries would also involve a foreign exchange trade.

So, with the rise of global trade, FX transactions across the globe have also been growing exponentially. With billions of dollars worth of transactions happening daily, the relative value of the currency is dictated by demand and supply.

About a decade ago, yuan was available only to Chinese investors, and foreign investors could not transact in the currency. Since the creation of the yuan in 1948 for nearly 60 years, the currency was almost completely isolated from the global markets. So, the way transactions were done with Chinese entities was quite complicated. The transactions had to be done in USD, and the exchange rate between CNY and USD was controlled by China and allowed only for specific deals.

However, things started to change in the 2000s. China was looking to assert more and more dominance in global matters. Having an isolated currency puts it at a major disadvantage on this particular front. Although the 2008 global financial crisis brought about massive turmoil in markets worldwide, China was relatively better off, given its self-isolation in particular economic aspects.

China is largely dependent on exports for its economic growth. The manufacturing powerhouse creates several products from clothes to smartphones and heavy industrial equipment at highly competitive prices.

However, if CNY strengthened, the cost of these products would rise in international markets, making them less attractive. This could severely hurt the economy. Hence, China has for several decades deliberately weakened its currency to boost exports. To do so, it has kept the yuan on a tight leash.

The CNY is effectively under the control of the Chinese government. This means that China can decide to value CNY at whatever rate it feels appropriate. The People’s Bank of China (PBoC), China’s central bank publishes a reference rate for the currency on every trading day at 9.15 am Beijing Time. Yuan is allowed to deviate only 2% in either direction of this reference rate.

So, for example, if tomorrow morning, PBoC sets the reference rate to 6.50, CNY either can move to 6.63 on the upside or 6.37 on the downside, but not beyond that. If the yuan starts approaching either of these ends, the PBoC intervenes in the markets to buy or sell yuan to bring it back closer to the reference rate.

This also spills over the offshore yuan, CNH, since both currencies are essentially the same. Arbitrage desks short the CNH if it runs up much higher than CNY and vice-versa. If there are some fundamental reasons for deviation, the CNH move could be very sharp so that arbitrageurs may not be able to dampen it.

In such cases, the PBoC intervenes directly in the FX markets. As per the IMF, China holds a whopping $3.4 trillion FX reserves, which are by far the largest in the world! So, it has enough firepower to move CNH in either direction. At times, the PBoC also asks the state-owned banks to enter the offshore market and swap dollars for yuan, thus indirectly impacting the currency.

If you look at the chart above carefully, you will see one notable difference between the plot of USDCNH and USDCNY. The USDCNH is represented via candlestick charts, while on the other hand, the USDCNY is simply shown via a line chart, reflecting the fact the CNY is tightly controlled while CNH is freely traded.

The US dollars reserve status accords the US the rare luxury of issuing almost unlimited debt without having any significant impact on the currency. China, too, is making attempts to increase global dependence on the yuan and trying to make it the reserve currency.

In fact, in 2016, the yuan was included in the IMF’s basket of reserve currencies. Other currencies in the basket include USD, EUR, GBP and JPY, which means that the yuan was given a major status boost.

However, China still refuses to remove several capital restrictions on the currency. While removing these restrictions is key to the yuan’s internationalization, China fears that there might be a huge outflow of funds from mainland China to western countries in the absence of these capital controls.

China, though, continues to make other efforts to promote the yuan’s influence. For example, it created the dim sum bond market. Dim sum bonds are yuan-denominated bonds, but they are issued outside mainland China. They are also allowed to be traded in international markets. This effectively allows free trade of the yuan, even via indirect means.

Forex Trading vs Investing: Which Is Better?