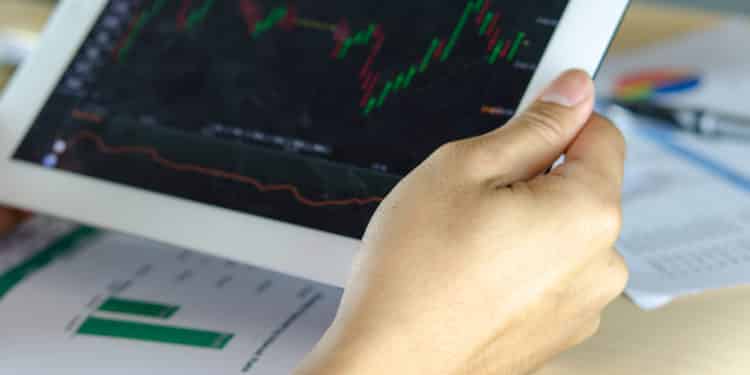 Whipsaw is a common market phenomenon that could often lead to substantial losses or profits to a trader. In this article, we will look at what whipsaw is and some of the best strategies to use when it happens.

What is a whipsaw in trading?

A whipsaw is defined as a period when a currency pair or any other asset experiences a sharp bullish or bearish movement out of nowhere. For example, assume that a currency pair has been trading at a range of between 1.1210 and 1.1250 for a while. Now, if the pair suddenly declines to 1.1100, that is considered to be a whipsaw situation.

The name whipsaw comes from how a real whipsaw looks like. It is a saw with a narrow blade that has handles on both sides. In the lumber industry, the whipsaw is used by two people, who move it up and down to produce timber.

In trading, a whipsaw is a sudden thing that is hard to predict. At times, depending on your positioning, a whipsaw can lead to a substantial loss or a profit. In the example above, if you had a sell trade on the currency pair, then you will make a profit when it happens.

Therefore, during this trend, there is a likelihood that many people were bullish on the pair. Besides, in theory, a currency pair in an upward trend tends to keep rising for a while.

As shown, on December 20th, the currency pair suffered a harsh reversal or whipsaw that pushed it lower by over 40% within a few days. This reversal is also known as a whipsaw.

Causes of whipsaws in forex

There are many causes of whipsaws in forex and in this article, we will look at a few of them.

First, a currency pair may experience a whipsaw after a statement or speech by an important policymaker.

Policymakers are typically divided into two: monetary and fiscal. Monetary policymakers are officials of central banks like the Federal Reserve and the European Central Bank (ECB). Fiscal policymakers are members of government institutions like a president or a minister.

A statement by a central bank official like a governor can lead to a major whipsaw in the market. For example, in March 2020, during the onset of the pandemic, the EURUSD pair jumped sharply in a single day after the Federal Reserve unveiled its open-ended quantitative easing (QE) policy. In many cases, a currency pair will experience a whipsaw after a speech or action by central bank officials.

Currency pairs are highly reactive to key economic data. These numbers provide a gauge of the performance of the economy and what the central bank will do. Some of the most important numbers that have an impact on currency pairs are jobs, inflation, manufacturing production, consumer confidence, and retail sales.

In most cases, rising global tensions tend to boost the performance of the US dollar, which is seen as a safe haven, when there are signs that these tensions are easing, the US dollar retreats.

Elections and referendums have consequences for economies. For example, the Brexit referendum led to whipsaws in currency pairs that had the British pound. Similarly, the 2016 election of Donald Trump had impacts on currencies with the greenback.

There are other causes of whipsaws in the market, like the performance of the bond market and technical reasons.

How to trade whipsaws in forex

Whipsaws pose a major threat in the forex market because they are difficult to predict in many cases. Therefore, traders take advantage of whipsaws after they have happened.

Second, the currency pair could have a reversal and start moving in the original trend’s direction. Finally, it could consolidate for a while as traders assess the situation.

The first thing you need to do when trading in these conditions is to understand the cause of the whipsaw. It could be one of the reasons mentioned above or another one. Having a good understanding of this will help you understand whether the currency pair will continue moving in the original trend or reverse.

Second, you could make money by scalping. Often, a whipsaw will be followed by some volatility. Therefore, you can open a series of trades and exit with small profits.

Finally, you could wait for some price action patterns to form. For example, in the case of a bullish whipsaw, you could wait and see whether a bullish flag or pennant pattern will form. If it forms, it is a signal that the bullish trend will continue.

In this article, we have looked at what a whipsaw in forex is and some of the best practices to trade these conditions. Still, since whipsaws are highly unpredictable, the most important thing is to avoid being caught up in one. You can achieve this by moderating the size of leverage you are using and always having a stop-loss and a take-profit for all your trades.