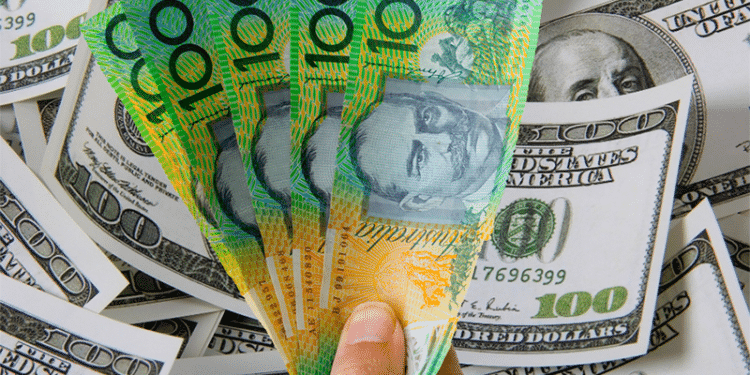 The AUDUSD price crashed to the lowest level since October 8 as investors reflected on the latest US inflation and Australian jobs numbers. The pair was trading at 0.7300 on Thursday morning. This was about 3.5% below the highest level in October.

The AUDUSD declined sharply as investors embraced a risk-off sentiment. This happened after the relatively strong inflation data from some key countries.

For example, on Wednesday, data by China’s bureau of statistics showed that consumer and producer inflation surged in October. This happened as the country’s cost of energy rose as coal and natural gas prices surged. Indeed, some provinces requested large manufacturers to idle their plants in peak periods.

The CPI more than doubled to 1.5%, while the producer price index (PPI) rose to 13.5%. Therefore, because of the vast amount of goods that Australia buys from China, there is a likelihood that the country’s inflation will keep surging as well.

Meanwhile, in the United States, the headline CPI rose to a 30-year high of 6.2%, which blasted above the median estimate of 5.8%. Core CPI, which excludes food and energy prices, also jumped to 4.6%.

Therefore, this growth in inflation means that the Fed was likely wrong to suggest that the pace will prove transitory. Analysts now believe that inflation could surge to 7% in the coming months.

The US inflation data came a week after the Federal Reserve held its monthly meeting. In it, officials confirmed that they were surprised by the rising prices. As a result, they decided to start unwinding their pandemic monetary support by slashing the size of asset purchases by $15 billion.

They also hinted that they will be ready to tighten if the situation worsened. Therefore, with inflation surging and the unemployment rate falling, there is a likelihood that the bank will move at a faster rate than expected.

In Australia, data published in October showed that inflation rose to 3% in the third quarter. There is a likelihood that this trend increased in the December quarter.

The AUDUSD pair also declined after the latest Australian jobs data. According to the Australia Bureau of Statistics (ABS), the country lost 46,000 jobs in October. This drop was worse than the expected job additions of about 50,000. It means that Australia lost more than 330k jobs during the lockdown in New South Wales.

The unemployment rate also jumped sharply from 4.6% to 5.2%, while the participation rate jumped from 64.5% to 64.7%. The national employment is about 160,000 below where it was before the Covid-19 pandemic started.

Still, there are signs that the country’s employment situation will change soon. Besides, Australia has started to reopen because of the rising vaccination rates. The government has also started making plans for the eventual reopening of borders, which will boost the hospitality industry.

Turning to the daily chart, we see that the AUDUSD pair has been in a major sell-off lately. It has even dropped in the past four straight days. As a result, it has fallen sharply below the upper line of the ascending channel.

The pair has also moved below the 61.8% Fibonacci retracement level and the 25-day and 50-day moving averages. The Stochastic oscillator has moved to the oversold level. Therefore, the pair will likely keep falling as bears target the lower side of the channel at around 0.7200. This view will be invalidated if the price rises above the 61.8% retracement at 0.7378.