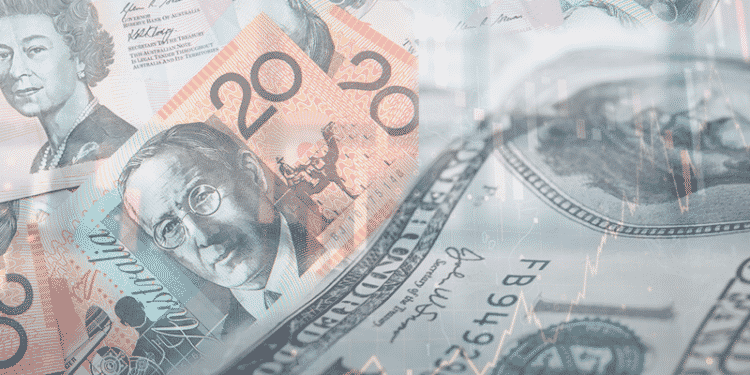 The Australian dollar was on course for a fourth consecutive day of losses against the USD in early Thursday trading, losing a marginal 0.03%  to trade at 0.7362 as of 0705 GMT.

The US dollar was supported on Thursday as doubts over the global economy’s strength subdued risk sentiment. The dollar index remained flat at 92.644 after three consecutive days of rises.

At the time of writing, the AUDUSD currency pair was headed down towards a weekly low, following an early Thursday morning release of the August inflation figures from China.

Even with Beijing’s initiatives to lower prices, China recorded 13-year high factory inflation in August, as the consumption boom persisted. Surprisingly, however, there was a decline in consumer inflation.

Despite forecasts that it would be 0.8 percent YoY, China’s CPI dropped to 0.1 percent, well below 0.5 percent market consensus. On the other hand, the PPI rose above the consensus estimate of 9.0% to reach 9.5%. After the recent mixed statistics, AUDUSD remains largely bearish with a high likelihood of a continuation of its recent downtrend.

The US dollar pegged on COVID-19 recovery plan

One of the potential deal-breakers for the investor’s appetite for risk has to do with chatter about Fed tapering, and the others are the concerns about the economy in light of the recent surge in coronavirus numbers. Amid concerns about U.S. inflation, rising COVID-19 cases, and August’s weak data, it is unlikely that the Federal Reserve will scale back its asset purchases soon.

On Wednesday, the US Job Openings and Labor Turnover Survey (JOLTS) data exceeded analysts’ consensus, hitting 10.934 million against an estimated 10.00 million. This would support the Fed’s optimistic perspective on the US economy. But a rise in the incidence of COVID-19 infections may spoil the economic optimists’ rosy outlook.

According to Federal Reserve Banks’ leadership in St. Louis, New York, Dallas, and Atlanta, there should be tapering by 2021, while Dallas’ Robert Kaplan proposes October tapering despite the Federal Reserve’s reduced estimates for Q3’s GDP growth forecast.

Meanwhile, the Australian economy is still in the doldrums due to the global pandemic.  Australia reported two consecutive days of increased COVID infections, while her biggest export market, China, also reported a spike in COVID-19 numbers infections.

What could shape the market?

Traders will keep an eye on the United States’ weekly unemployment data, as well as President Joe Biden’s COVID-19 recovery plan. It is possible that a spike in demand for the USD may occur due to concern about COVID-19’s effect on economic recovery, which, in turn, may cause the USD to appreciate as a safe-haven currency.

Later on Thursday, Traders will also be keen to get clues on Australia’s monetary policy from the speech by Reserve Bank of Australia’s deputy governor, Guy Debelle.

AUDUSD is trading at 0.7362 at the time of writing. The pair’s Moving Average Convergence Divergence (MACD) is above the signal line and slightly above zero, indicating a slight possibility of bullishness. The bulls’ attempts to reverse the recent losses may encounter the first resistance at 0.7368. The second resistance may be marginally higher at 0.7384. Beyond that point, AUDUSD is likely to retrace its way back up to 0.7450, which it last recorded on Monday.