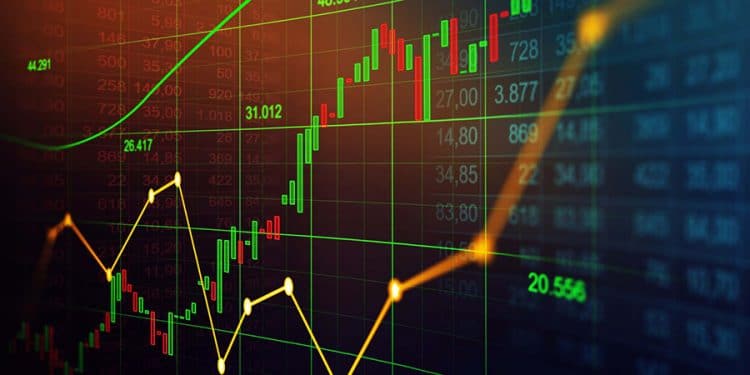 Moving Average Convergence Divergence or MACD is an indicator, used in forex trading to measure the potential entry and exit points. It does this by comparing short-term and long-term price trends. Traders and analysts use this indicator to derive future price movements, as well as to place a trade to achieve profit. Moving Average Convergence Divergence Indicator is included in most trading platforms which can simply be applied to a chart to begin analysis.

Traders can make better decisions for themselves if they understand the mechanics behind MACD. This denies algorithms to control and dictate the countenance of a trader’s position. There are three numbers used in the MACD indicator, namely 26,12,9. These stand for 26 days Exponential Moving Average (EMA), 12-day exponential moving (EMA) and 9-day simple moving average(SMA) respectively.

The first line is formed by subtracting the 26 days EMA from the 12 days EMA of the specific currency pair. A 9 day SMA is plotted over the top of the MACD signal on the currency pair chart.

Entry Points can be found in various ways if a trader uses a MACD indicator. A bullish sign can be noticed if the MACD signal line moves above the 9 days SMA. This usually indicates a buy signal for the currency pair. Similarly, when the MACD signal line crosses below the 9 SMA, the trader can take this as a bearish sign and should look for a short position.

There is another method to extrapolate signals from the MACD indicator. When the 9 day SMA or the underlying currency pair price diverges from the MACD signal, it can indicate that the current trend will end soon, and the price action will reverse. The currency pair is said to be overbought If the MACD signal moves too far above the 9day SMA, and a correction is expected to take place.

A huge part of traders losing trades can be blamed on their inability to distinguish between trend retracements and reversals. Properly classifying a price movement as a trend retracement or trend reversal is of utmost importance.

On the other hand, a long-term trend reversal can occur at any time and doesn’t require a huge movement. The macroeconomic environment matters in this case, as it is usually the catalyst for the long-term reversal in the first place. There is very little buying interest during an uptrend, which forces the price to fall lower. Consequently, there is very little selling interest during a downtrend, which forces the price to rise further.

Trading a trend reversal in forex requires a stop loss to limit risk, as well as an entry point. After identifying an instrument that looks like it’s trending, traders usually go for indicators and look for some patterns. There are several indicators with thousands of settings available for this purpose.  Traders can generate more reliable signals based on more reliable data if they understand the subtle nuances of indicators and their relationship with other complementary indicators. This allows for a raw, technical evaluation of the chart, taking emotion out of the equation.

Spotting the Trend Reversals with MACD

As everyone knows, the ability to spot trend changes is one of the most important things while trading, whether it’s forex, stocks or any other instrument. The MACD indicator is used to measure a stock or currency’s momentum, aiding investors and traders to spot changes in market sentiment. Momentum changes occur just before a currency pair’s price changes.

Trend lines can be drawn on the two-line MACD. For instance, drawing resistance and support levels at the same time, creates a channel of action, helping the trader measure the trend’s existing strength. Channeling the MACD can measure the strength of the current trend. Trend reversals can be spotted by looking for divergences in momentum, as measured by the MACD channel.

Preparing for Trend Reversals with overbought signals in MACD

When an asset is overbought, in this case, a currency pair, the MACD can be utilised to understand when it occurred. This can be explained by the diagram below.

In the chart above, the MACD lines increasingly widen at each pullback. This indicates that the asset in question is being increasingly overbought, signalling that a reversal may be expected ahead. When Assets become too overbought, a trend reversal is said to occur, followed by a downtrend.

The MACD is just one of the indicators used to spot trend reversals. It can also be used for discovering divergences between an indicator’s signal lines and price action. This can provide an early prediction about a trend change. Traders can trade trend reversals by entering when price breaks the pullback trend line.  This type of trading usually involves less risk compared to participating in a new trend. Indicators are important tools that day traders and investors use to predict the direction of a financial asset like stocks,...