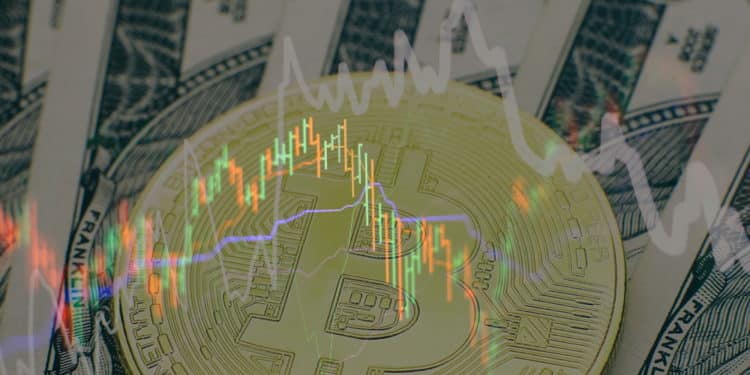 Over the last decade or so, we have seen two exploding trends in earning passive income. It’s worth noting the forex market has existed for several decades, having started in the mid-90s.

Nonetheless, it’s fair to say FX increased in popularity more in the last ten years than any other period. Trading the currencies market moved from something known by large financial institutions to being accessible by the common man.

The second trend that also brewed at the start of the 2010s was cryptocurrencies, which, in reverse, were initially only practiced by a few ordinary people. We could argue that this financial instrument went steadily mainstream in the mid-2010s, particularly from 2017.

Nowadays, both markets are some of the most speculated by both the poorest and wealthiest of the global population; but which is more profitable, though?

Ultimately, we believe that forex still remains more profitable, objectively speaking. Although cryptocurrencies are a lot more volatile, they have higher leverage.

This means that traders can profit more with much smaller capital, despite the depth of price movements being less substantial than in cryptocurrencies. Moreover, the reduced volatility makes prices far more stable and predictable.

Therefore, forex is the perfect mix of not too low and not too high volatility while still being well established and relatively safe from a regulatory perspective.

Nonetheless, let’s explore more on our argument in the following sections by comparing the differences between the two securities.

Similarities between forex and crypto trading

An uninformed person may assume that forex and cryptocurrencies are worlds apart. In reality, the two are quite similar. Ultimately, these are currency forms, one being fiat and the other cryptographic.

Up until 2009, with the introduction of Bitcoin, all traded money was government-controlled. Nowadays, we still have this version along with a decentralized digital currency not administered by any recognized central authority.

The similarity lies in the fact that, in both markets, we are dealing with exchangeable pairs. For instance, the price of Bitcoin (BTC) we’re primarily interested in is against the US dollar (USD).

Therefore, a rise or fall in BTC is significant in how investors value USD. The American dollar is highly influential as it’s the world’s reserve currency. Thus, the majority of forex and crypto transactions are carried out in USD.

This means that if you bought EURUSD (forex) and BTCUSD (crypto) simultaneously, both markets are likely to move in the same direction due to dollar influence. Overall, fiat and digital currencies are driven primarily by supply and demand.

If traders and investors view one currency as more valuable when compared to another for whatever reason, it increases the value of that market; the opposite is true.

The gist of the story is, in most cases, forex and cryptocurrencies are highly correlated because of the significance of a few established currencies like the US dollar, euro, and British pound.

Liquidity and volatility differences between forex and crypto trading

Of course, forex and cryptocurrencies have many distinctions, such as the market hours, number of pairs, safety perceptions, and so on. However, when seeking an answer on which is more profitable, what matters when comparing two markets is liquidity and volatility.

Liquidity merely boils down to how active a given market is. Understandably, because forex has existed for a lot longer, it is more liquid than its counterpart.

According to a 2019 triennial study done by the Bank for International Settlements, about $6.6 trillion was traded daily in forex, a figure which has probably increased considerably since.

This milestone dwarfs the 24-hour trading volume of crypto, which, according to CoinMarketCap presently, hovers around the $110 billion mark. A highly liquid market lowers the trading costs and makes it easy to open and close positions without adversely affecting the price.

On the volatility side, cryptocurrencies are significantly more volatile largely because they are far less liquid. Let’s consider the two most traded markets for forex (EURUSD) and crypto (BTCUSD).

The euro rarely has a 0.5% difference in a day. However, Bitcoin can quickly fluctuate by at least 5% daily (and even more). Of course, higher volatility results in a faster-moving market.

However, despite being less volatile, forex is still more profitable because of one word: leverage.

We’ve just established that the main reason forex is probably more lucrative from a trading perspective is the margin.

One of the motivations for people to trade forex is the high leverage. Presently, the maximum margin in cryptocurrencies doesn’t go over 1:200, which is an exception rather than the rule. It is typically not above 1:50, although this will probably go higher over time.

Contrastingly, many forex brokers provide leverage well over 1:500 and, in some cases, above 1:1000 or even unlimited. It all boils down to transaction value. For instance, with 1:500 leverage, this means that for every $100 in your account, one can trade up to $50 000 in value.

This much leverage is presently rare in cryptocurrencies. Therefore, trading this much in value requires much more upfront capital. So, although the price differences in crypto are more significant, you still need more money to take advantage of these.

However, you can still be highly profitable with currencies despite having less volatility due to the higher leverage.

In summary, leverage is the primary factor separating the two markets. However, it doesn’t necessarily mean crypto trading might not be more lucrative than forex for some traders.

Margin is not the only element affecting profitability; skill, experience, and unique market conditions also play a massive role. However, the other reason why forex is naturally more profitable is stability.

This market is well-established, meaning it’s more predictable and less susceptible to any shocks. These are likely to occur in cryptocurrencies since this instrument is relatively new and less liquid.

Regardless, both instruments present similar financial risks as online traded derivatives, re-emphasizing the importance of carefully treading when dealing with either.