US Dollar Index (DXY) Forecast Amid a Strong US Recovery 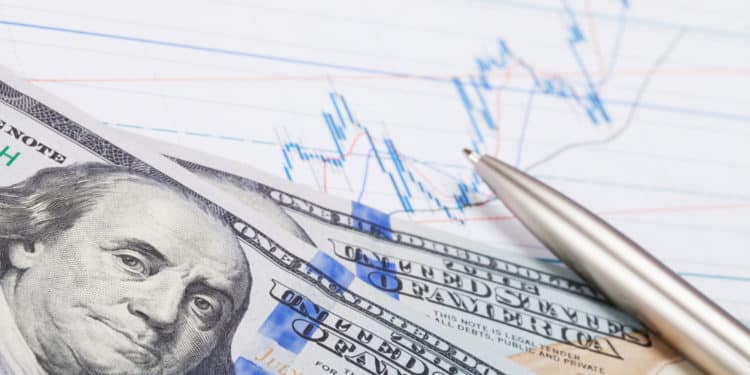 The US dollar index (DXY) rally gained steam on Tuesday as investors reflected on a positive streak of US economic data. The index rose to a high of $95.90, which was the highest level since June 2020. It has risen by almost 8% from its lowest level this year.

The US economy is in relatively good shape if the recent data is to go by. For example, data published earlier this month revealed that the country’s economy added more than 540k jobs in October, the best increase in two months.

The unemployment rate declined to 4.6%, the lowest level since the pandemic started. Also, wages kept growing as the labor shortage continued while the JOLTs report showed that the economy had more than 10.5 million vacancies.

These numbers have remained stubbornly high in the past few months and are above the Fed’s target of 2.0%. Indeed, many Fed officials have said that they were wrong to judge inflation as being transitory.

These numbers came on the same day that Walmart published excellent results as its comparable sales rose by 9.2%. Its revenue rose to more than $140 billion in the quarter, and it raised its guidance. Other large retailers like Home Depot, Lowe’s, and Target are expected to publish their quarterly results this week.

The US dollar index (DXY) will likely react to other numbers from the United States. For example, on Wednesday, the US is expected to report strong housing starts and building permits numbers. These numbers are expected to have risen to 1.57 million and 1.63 million, respectively.

Therefore, the DXY index has rallied because analysts expect that the Federal Reserve will continue its tightening process.

Earlier this month, the bank decided to leave interest rates between 0% and 0.25%. The bank also decided to start winding down its quantitative easing program. It also left the room to accelerate this tightening.

Therefore, with the numbers being stronger than expected, there is a likelihood that the Fed will embrace a more hawkish tone. This is because the labor market has stabilized while runaway inflation is happening. As such, tightening will help to tackle some of these issues.

The US dollar index has bounced back after it came under intense pressure last year. Last year’s sell-off was mostly driven by the dovish Fed and the risk-on sentiment. This year, the index has risen by more than 7.63%.

Along the way, it has jumped above key resistance levels like $93.45, which was the highest point on March 29th. The index has also surged above the 25-day and 50-day moving average. It is also above the ascending green trendline that connects the lowest levels since May. The MACD has also continued rising.

Therefore, the index will likely keep rising in the near term as investors target the key resistance at $98. This is about 3% above the current level.